be a big turtle in space!

use WASD to move around
hold Shift to slow down
press R to toggle radar on/off (must be on to collect resources)
press E to talk
press T to teleport home
click on a planet to use the mining laser
click to build, upgrade, or destroy base tiles

this is a resource-management-y game about flying (swimming...?) around space collecting worms, rocks and other sorts of detritus to build a little world on your back! also, you're a big turtle, in space.

It looks like you put a lot of mechanics into the game and it's really cool! I love the way everything looks with the Stars and planets and the big golden turtle. I'm a bit confused exactly on what the mining laser really does. It seems to destroy an asteroid/planet and release resources, but I can collect more from just flying around. I was playing it while sleep deprived, so maybe I missed something. Overall, I love the aesthetics :)

i did the assets mostly so i miiight be jumping the gun trying to explain mechanics but the original idea was that the further out you went from the Big Turtle, the more resources the planets dropped when you mined them (and the higher the population you had, the quicker the mining laser worked, so it was kind of an easier way to get more resources later in the game compared to flying around) - time got away from us when it came to putting it in visually with bigger planets further out so it's not very clear :") 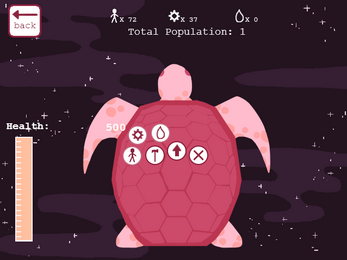 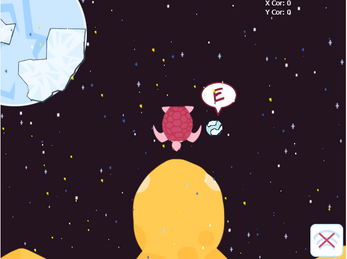 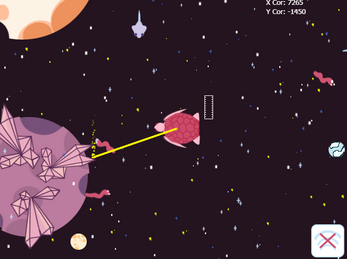